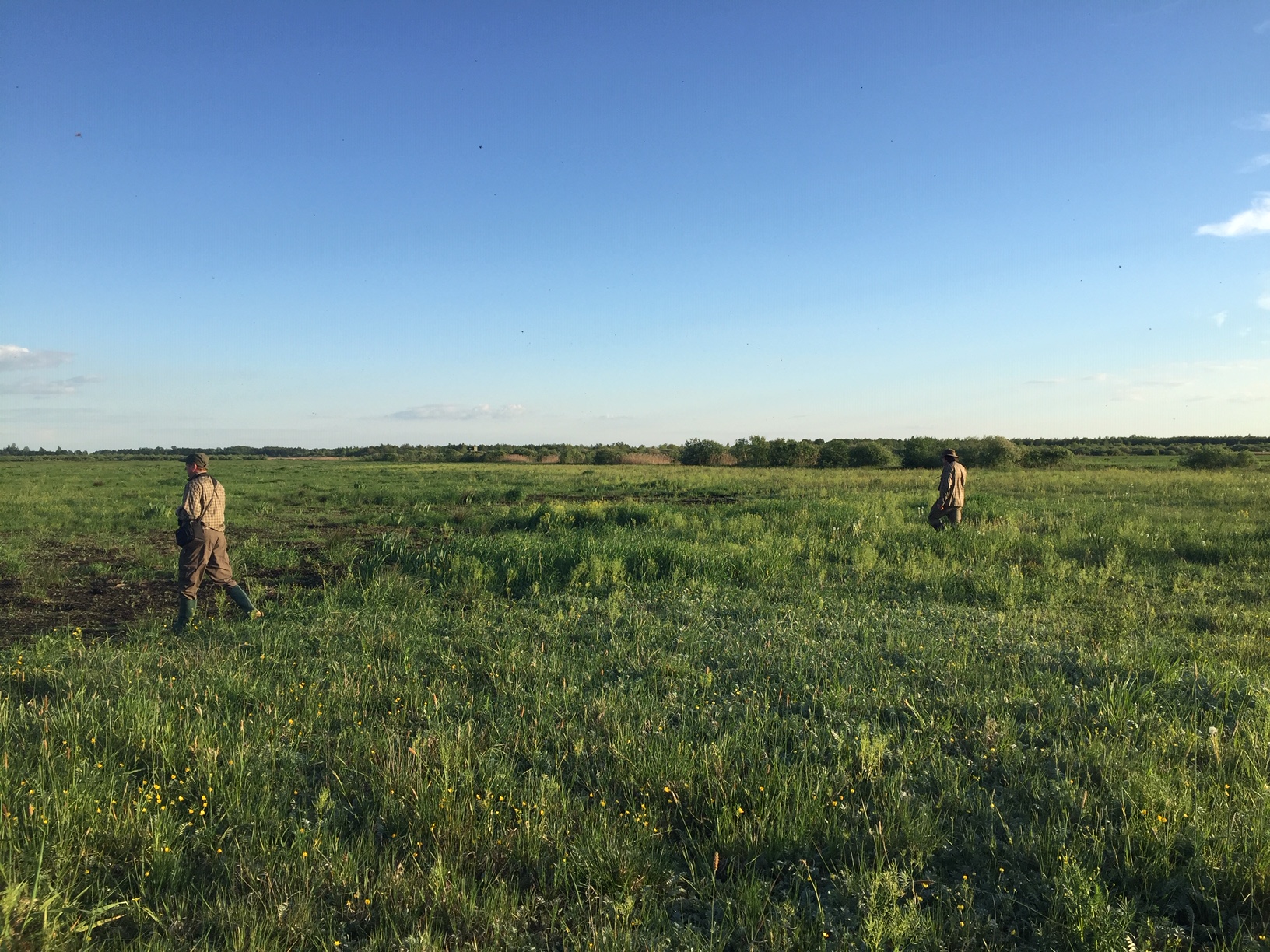 One of the researchers involved in the counting of the aquatic warbler individuals, Dr. Žydrūnas Preikša is overjoyed with the increased number of individuals this year: “Last year, during the first count of the year we found that there were 119 male aquatic warblers. This year, there are noticeably more. We are hopeful that in our second count in July, even more individuals will be found, but even this number is pleasing. We are quickly sharing these results with farmers and are urging them to postpone harvest, so as to protect and preserve the nests of young aquatic warblers.”

Dr. Martin Flade, the International Aquatic Warbler Conservation Team’s chairmen, who has spent more than 20 years protecting the aquatic warbler species, visited Lithuania last week and also agreed: “The circumstances in Lithuania bring me much joy. In these great habitat conditions, not only is the aquatic warbler found dwelling, but also other equally rare and even more rare bird species. The populations on the coast and on the Nemunas delta can be considered stable. And in Žuvintas, there is a real chance for the aquatic warbler to be reestablished by the translocation from Belarus.”

The Žuvintas biosphere director, Arūnas Pranaitis, claims that this is the biggest the aquatic warbler population has been in 25 years. “There is no doubt this is due to the never before used translocation technique initiated last year. We have counted 15 male aquatic warblers in Žuvintas this year, 9 of which were brought to Lithuania from Belarus last year. It’s possible that we may find even more as we continue accounting for not yet registered birds until July”

Wildlife experts have noticed that habitat conditions are especially suitable in areas in which farmers generously declare large plots of land for aquatic warbler protection. “For this reason, we strongly encourage farmers to take part in providing such measures. The resulting effects on the natural world are highly noticeable. In exchange for their efforts, this year we are offering to help coastal farmers harvest, as well as dispose of leftover biomass,” stated Žymantas Morkvėnas, director of the Baltic Environmental Forum and coordinator of the aquatic warbler conservation project.

The population of the aquatic warbler is determined by the number of singing male individuals. Counting is conducted twice during the summer—at the beginning of mating season in the first few days of June, and at the start of July. Population size will be decided based on the maximum number of male aquatic warblers found in one counting period after both have been conducted.