Special cages – aviaries – that were used in Lithuania for breeding rare birds – Aquatic warblers – have successfully reached Germany. German nature conservationists intend not only to reuse the cages made by Lithuanians, but also to apply the experience of translocation of Aquatic warbler, that was gathered by us and our Belarusian colleagues.

„We are very excited that aviaries had successfully reached it’s destination in eastern Germany. We hope that these cages will continue to bring luck and that breeding of Aquatic warblers will be as successful in Germany as it was in Žuvintas“ –  said Žymantas Morkvėnas, the director of Baltic Environmental Forum Lithuania, who coordinated the transportation of aviaries and the translocation of Aquatic warblers.

Following the successful implementation of the specific nature conservation measure – translocation of the Aquatic warbler, that was performed by Lithuanian and Belorussian specialists, in the near future, it is planned to repeat this measure in Germany. The application of this measure could lead to the survival of the species, since most of the habitats of Aquatic warbler in Europe were restored and are in relatively good state, but the number of rare songbirds is low. Scientists believe that there are simply not enough birds in the area, so the translocation from another viable population can be the solution for this problem.

„In Germany and in western Poland (Pomerania region) we are very worried about our Aquatic warblers, because the numbers are still decreasing. We think that we managed some habitats rather well and we have more suitable habitats, but we don’t have birds. We think that simply there’s not enough Aquatic warblers to inhabit these habitats again. And that is why it is important to learn about translocation“ – said the scientist dr. Franziska Tannenberger of the Wetlands Center at Greiswald University, who visited Žuvintas this summer, in order to gain experience in Aquatic warblers translocation.

For the full interview with dr. Franziska Tanneberger in Žuvintas Biosphere reserve in summer 2019 (the second year of Aquatic warbler translocation implementation) watch the video.

Earlier, dr. martin Flade – a chairman of the BirdLife International Aquatic Warbler Conservation Team, has said: „The Pomeranian population might go extinct because now there are only 15 singing males left. Repopulation is unlikely to occur naturally, so we have to perform translocation. This approach might also be appropriate in Hungary, where the population is completely extinct“.

The transported aviaries were designed by the experts from Baltic Environmental Forum Lithuania, it was based on the experience of the Royal Society for the Protection of Birds (RSPB) in designing aviaries for translocation of Cirl Bunting. Aviaries in Lithuania have been used for two years, during the first ever translocation of Aquatic warblers. The translocation, performed in 2018-2019, was successful and effective. The survival rate of Aquatic warbler chicks’ was 98%-100%, with 11 birds (22 %) return rate from Africa to the Žuvintas Biosphere Reserve following the first year translocation. The latter rate even exceeds the natural return rate of first year chicks (20 %). During the monitoring, ornithologists also observed translocated nesting females with chicks.

You can find out more about the translocation by watching the video diary. 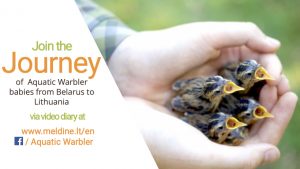 Disassembling and transporting of aviaries 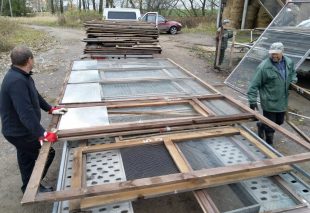 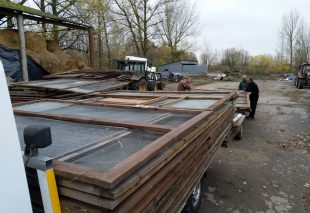 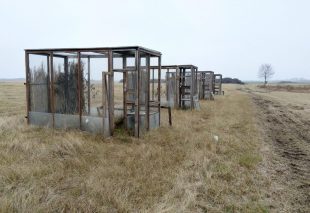 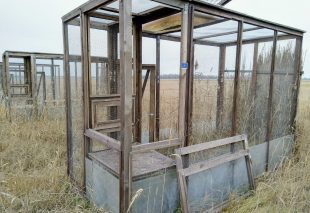 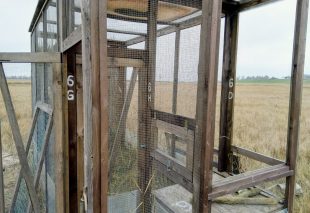