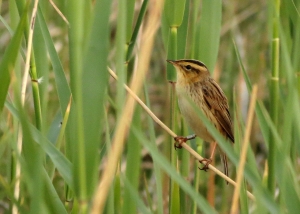 Yesterday in the evening ornithologist Vytautas Eigirdas was observing aquatic warblers in Tyrai (Kliosiai landscape reserve) and saw one bird with a metal ring. The ornithologist succeed to catch the bird. It turned out that it is a bird that was ringed in France (in which exact place, we can say after we receive data from colleagues). The bird had a ring with a record “MUSEUM PARIS 7448037”. This year it is the first caught aquatic warbler that was ringed outside Lithuania. 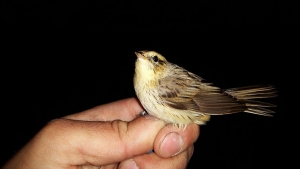 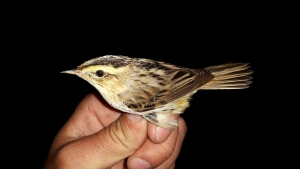 From 2014 when aquatic warbler ringing and observations had started in Lithuania, Vytautas Eigirdas succeeded to catch 8 ringed birds from abroad. In 2014 he caught one bird from Spain, in 2015 – one bird from Guernsey island (part of United Kingdom and close to the coast of France), and 3 birds from France. In 2016 2 birds from France were caught and in 2017 only this one French bird was caught. 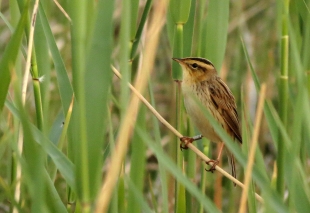