Monitoring of water levels in 2019 and 2020 indicates that naturalists managed to reach optimal dynamics of water for Aquatic warbler by installing water sluices in the most important specie’s breeding site – Zvanets mire.

Zvanets – the most important site for Aquatic Warbler globally

Zvanets swamp is one of the most important site on a global scale for the Aquatic Warbler (Acrocephalus paludicola), a globally endangered bird species. About 25 % of the world population of the species and about 75% of the Belarusian population are concentrated on Zvanets.

The conditions for Aquatic Warbler deteriorated

In recent decades in Zvanets the state of habitats of this fenmire indicator species has got worse and worse, mainly because open sedge marshes got overgrown with reeds and bushes. As a result, over 60 % of the Zvanets swamp were dominated by reeds.

This lead to the decrease of suitable habitat area for Aquatic Warblers. Over the years, the number of these rare birds has decreased from 5000-7000 to 2100-4400 males.

One of the reasons of the increase of reed and shrub vegetation and, accordingly, the decrease of open sedge habitats, is unsuitable hydrological and hydro chemical regimes of the Zvanets swamp.

Earlier before drainage system was set up in Zvanes mire, water entered the swamp from an extensive river catchment. This ensured a stable hydrological regime: high levels of water in the swamp in March-May (30 cm above the surface), a bit lower level (5-20 cm above the soil) in May-July and 10-30 cm below the soil surface in August-October. 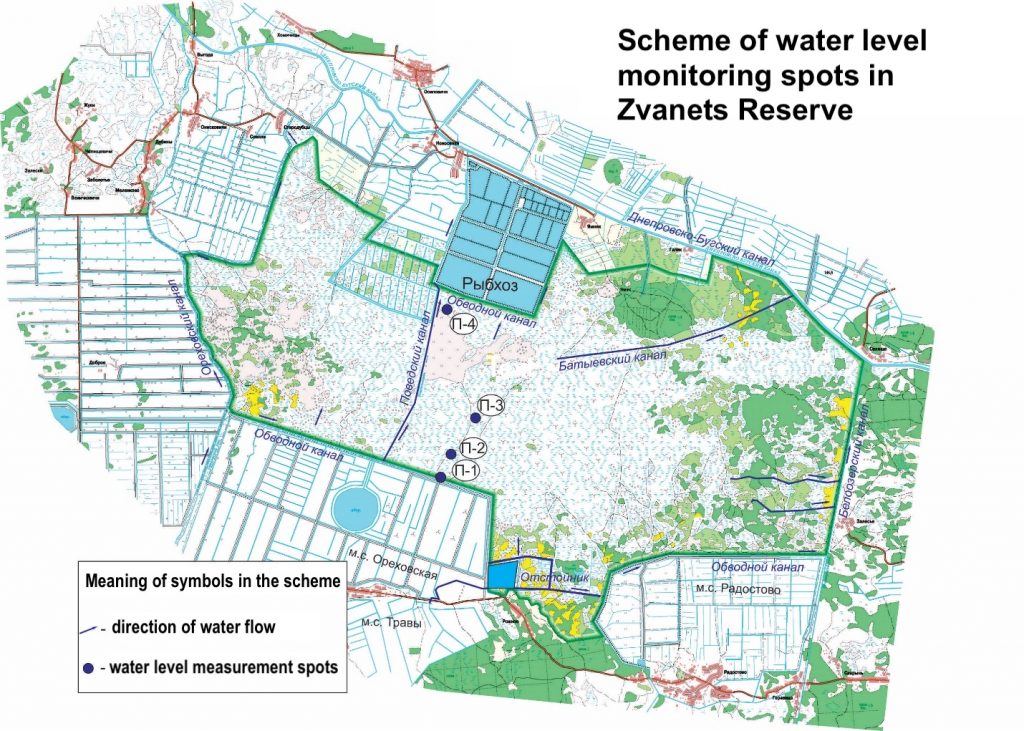 In addition, it was necessary to ensure a decrease in the salinity of the water entering the swamp from the reclamation systems.

Making water cycles back to more natural by building sluices 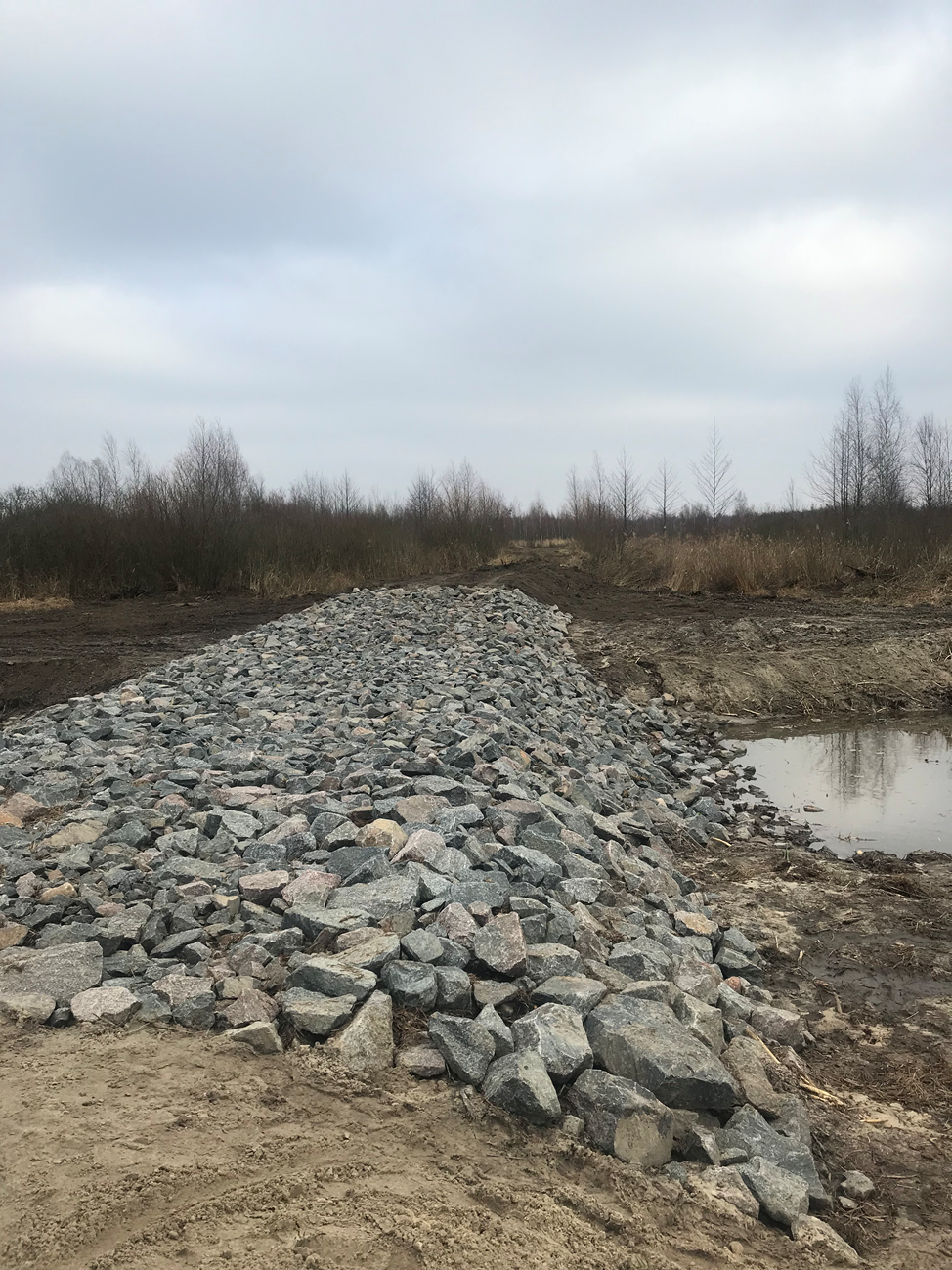 As part of the EU LIFE project “LIFE MagniDucatusAcrola” , in 2018-2019 an engineering project to optimize the hydrological regime of the Zvanets mire was prepared and implemented. Number of water sluices were built. They allow to regulate the water level in a very simple way and prevent the excess of water coming inside the wetland – it stays in the surrounding canals. This normalized water regime during both – dry and wet years. In addition to regulating the volume of water, the project team also ensured that the flow of water would come not directly to the central most valuable part of the swamp, but rather to the periphery of the mire that is overgrown with reeds and shrubs. The idea is that the water will pass through the reed beds and the plants will partially be purify it. Therefore, less salty water (not more than 100-150 mg /l of salinity) will flow into the central part.

Water level monitoring proved it works and saves from fires

Monitoring of water levels in 2019 and 2020 indicates that decisions on water management were correct and they allowed to create optimal dynamics of water levels in 2019. In 2020, because of absence of snow in winter and lack of rainfall in spring, lead to a water shortage and event to catastrophic fires in other surrounding bogs in Polesie region. Only in the Zvanets mire, because of the use of new water management system it was possible to provide the swamp with water and avoid catastrophic fires. 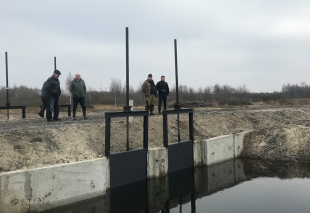