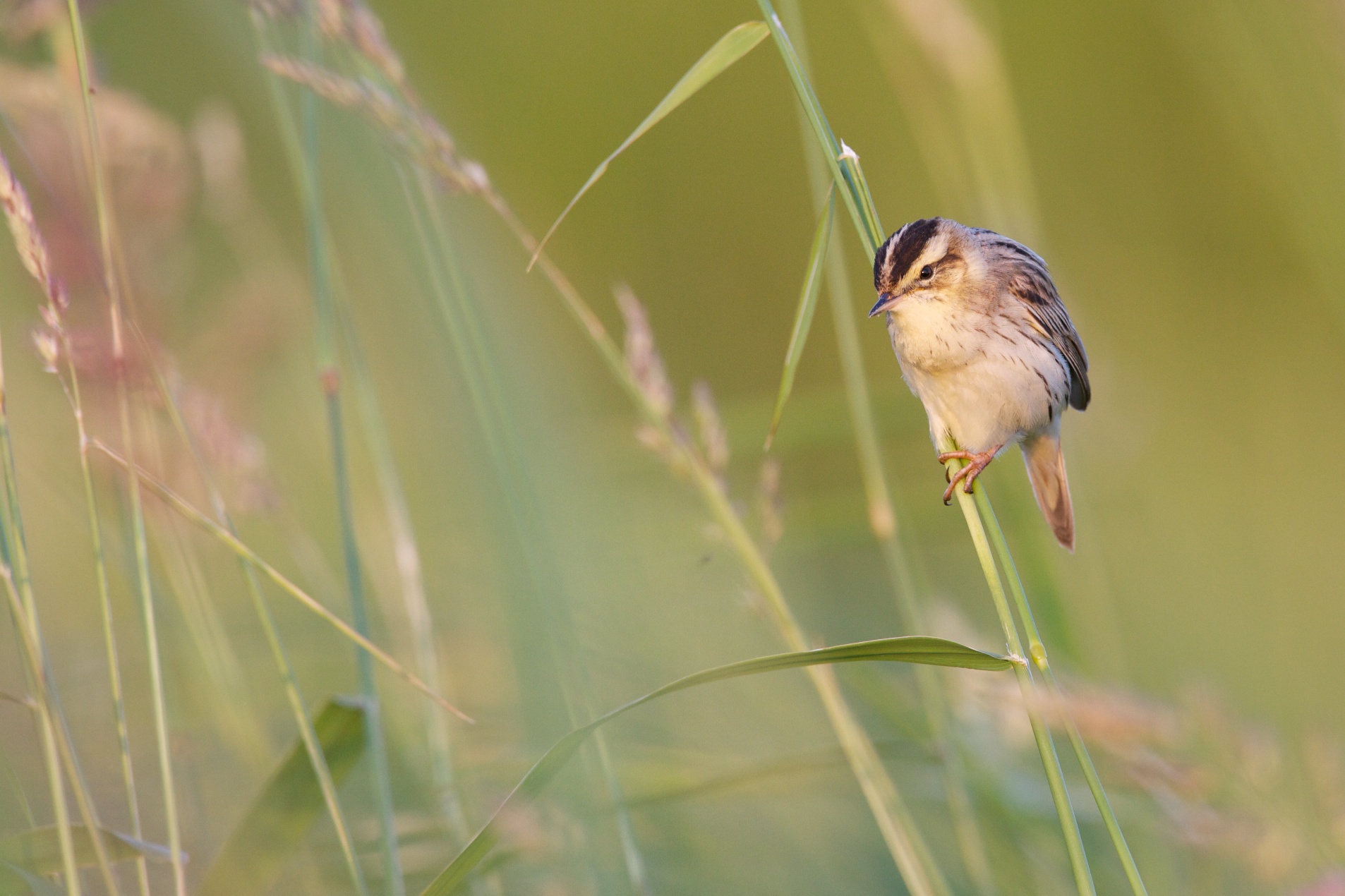 The first monitoring of Aquatic Warbler in Lithuania revealed that national population has grown by 43 % since the last year. Scientists recorded 246 singing males and it is the one of the highest number in 15 years. While naturalists declare that the growth of the population could be linked to recovering habitats, the active involvement of farmers in specially designed measures of Rural Development Program and successful translocation of this species from Belarus to Lithuania added up too.

“We are greatly satisfied with the tendency of this growth. These results prove that the situation is picking up specifically in the territories which farmers declare as the Aquatic Warbler‘s habitats or fen mire management areas. The late mowing helps to preserve nests and chicks too, while the adequate water levels and removal of cuttings – ensures the preferred vegetation for this species. The obvious results were seen in Alkos and Šyšos polders. Alka does not even have a protected area status, but due to widespread farmers participation in the Aquatic Warblers conservation measures and responsible farming this territory became of the utmost importance counting 142 individual birds. Šyša being the well-known territory for high Aquatic Warbler population counts, unfortunately, has lost its potential due to low levels of water and irresponsible farming, this year counting only 8 singing male birds.” – says the director of Baltic Environmental Forum Lithuania, the manager of the Aquatic Warbler conservation project.

His colleague Dr. Žydrūnas Preikša who has managed the monitoring in Lithuania for many years agrees: “During the count period most of the birds were staying in the preferred tall-grassland areas whereas the dryer areas with lower sedge were not populated at all. In the latter natural habitat, it is difficult to hide and nest – it is completely normal to be much less populated. We are extremely satisfied that this year population of Aquatic Warbler are much more scattered – we could find 2 or 3 male birds each in the areas where previously there were none. These findings indicate that the quality of territories is increasing in the whole Neman delta and the shore of Curonian lagoon and the Aquatic Warbler actively choose this area for nesting. Moreover, there is an impact of late mowing which directly impacts the wellbeing of juvenile chicks. Lastly, the successful translocation of this species to Žuvintas Biosphere Reserve added up to the increase in numbers.

Naturalists are concerned for the Šyša polder in Šilutė district where the population is in decline.

“This year due to prolonged canal cleaning in polder there is a critically low level of water. Consequently, the grass did not grow efficiently and the area was lacking insects. Not only the Aquatic Warbler felt the difference, but the farmers too, pointing out that the yield of hay was considerably smaller. We believe that next year we can achieve adequate amounts of water in this territory by co-operating with municipality of Šilutė. Moreover, we have already built the floodgate which will assist in effective water management.” – comments Ž. Morkvėnas.

Dr. Žydrunas Preikša points out that certain areas in this polder degraded in just 2 or 3 years. “One of the territories was inhabited by 5-6 male Warblers, but this year there was none. The habitat was destroyed in just few years because of extensive grazing. Other territory was also inhabited before, but today, due to prolonged drought the vegetation has changed already and it’s very unlikely that these songbirds will come back here anytime soon. The regulation of water may be a solution but the farming practice is also important. If we wish to fix this situation, we need more farmers to implement Aquatic Warblers’ habitat friendly farming practices. The effectiveness of these practices is obvious – this year absolute majority ( 86 %) of birds were found to nest in the territories maintained by agroenvironmental measures focused on habitat protection” – states the scientist.

A special financial aid from the government is provided for the farmers who apply these agroenvironmental measures for Aquatic Warbler protection. It is likely that complete abandonment of the territory by these birds would take away the opportunity to declare the land for this special protection, thus would mean the end of the financial aid to the farmers in this specific territory.

Ministry of Environment did not assign funds for monitoring

The Aquatic Warbler is the protected species not only nationally, but also transnationally on the European level. Therefore, the population count and special financial aid handling must be administered by each country. Nevertheless, this year the Lithuanian Ministry of Environment did not designate any funds for that.

“We are extremely disappointed for the position of the Ministry” – states Ž. Morkvėnas, and continues that “this position is first and foremost incomprehensible because the Aquatic Warbler protection is their direct responsibility. The other thing of utmost importance are the financial aids for the farmers. An annual monitoring of Warbler population allows to determine the farming terms for the farmers. Consequently, the lack of funds would mean no monitoring, therefore, create an ambiguity for the farmers who declares their land as an important area for the Warbler conservation. In the end we would have a risk of premature cultivation and the destruction of the nests. The Ministry of Environment made the decision to cut the funding for the monitoring of Aquatic Warbler species, but the duties for protected area specialists remained. Therefore, only by the goodwill of enthusiastic specialists the monitoring was successfully completed and the commitment to farmers was in compliance. We are very grateful for all the specialists for the assistance.”

Part of the finances for the monitoring was covered by the biomass processing facility “Nine voices” in Dreverna.

“Although the purpose of the biomass processing facility is completely different – to collect the late-cut biomass thus helping to solve the problem of grass removal from the Aquatic Warbler habitats, but in this case we could not stay indifferent and provided a support with finances to alleviate the Ministry’s faults. Biomass processing facility only now starts to enter the market,  find it’s customers, but obligations to farmers and protection of juveniles is of a high importance, therefore we provided the money that were still missing.” – states Ž. Morkvėnas. 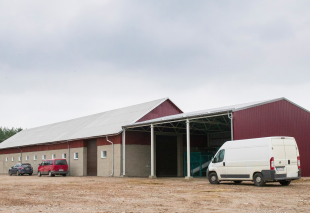 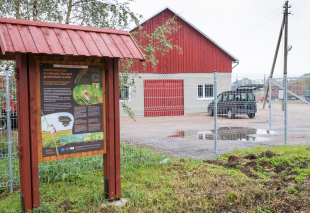 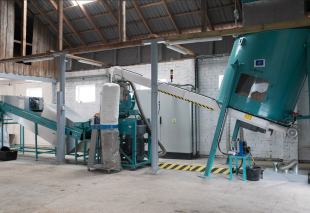 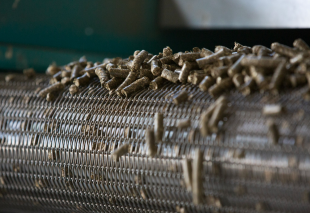 The size of the population could increase