In the beginning of June, 50 juveniles were transferred from Belarus to Lithuania, Žuvintas biosphere reserve. It is the first ever translocation of this globally threatened bird species. Birds came from the biggest metapopulation in Zvanec fen mire. The team led by an expert with a long-term experience in raising insectivorous birds is taking care of young birds.

Till now, the translocation is being implemented very successfully. All birds now are moved to field aviaries in Žuvintas fen mire, can feed themselves independently and are adapting successfully to their natural environment. International aquatic warbler experts that visited Žuvintas biosphere reserve this week were pleasantly surprised how successfully everything is going on.

Dr. Martin Flade, the chairman of International Aquatic warbler conservation team, who have been taking care of aquatic warbler conservation for more than 20 years and who was visiting Žuvintas this week said: “The Aquatic Warbler is the most threatened passerine bird species of continental Europe, endemic to Europe, threatened at a global scale, today breeding in only four countries. The signatory states of the “Memorandum of Understanding concerning Conservation Measures for the Aquatic Warbler” as an international agreement under the Bonn Convention on Migratory Species (CMS) (including Lithuania) agreed in 2015 to implement translocation as emergency action to safe and restore extirpated populations, and to pilot this approach in Lithuania as the next priority step. I was involved in the conceptualization of the translocation project from the beginning and serve now as member of the Scientific Advisory Board. I commented the translocation programme and provided constant freedback. We have just completed our second meeting and witnessed the progress made. It is my firm opinion that this project is well thought-through and on the cutting edge of science. The aquatic warbler is one of Europe’s most endangered bird species. Only in Belarus, Ukraine and Poland significant populations do still exist, but they are partly also declining mainly due to ongoing habitat loss and lack of proper water management. In Northwest Poland and Germany, formerly important breeding sites that were abandoned due to habitat deterioration have been successfully restored, also by means of several big LIFE Nature Projects. However, natural recolonisation has become increasingly unlikely. The current pilot translocation in Lithuania gives hope that we can transfer the method to such restored sites and to get extirpated populations of this globally threatened species back.”

Dr. Karl Schulze-Hagen, other well-known aquatic warbler expert, who is the only scientist till now who kept aquatic warblers in aviary, where they reproduced successfully, and who was also visiting translocated birds in Lithuania, was very happy about the work of translocation team and current state: “Being a member of the Scientific Advisory Board I have been involved in the translocation process from the very beginning – when the translocation program was started to be considered. A lot of my previous research experience was used. It is exciting for me to see how successfully translocation is happening till now. Even till now, a lot of valuable experience was received which we shall later use for the conservation of the species. In this project great care has been taken to have as little impact as possible on the populations in Belarus. Of an approximate 3.000 nests in one of the core Belarusian fen mires only 11 were translocated. Due to the special care we have currently a 98 % survival rate of young chicks. In the wild only a few would survive– average nest survival being only c. 50 %. We in Germany are waiting for the final results of the translocation in Lithuania, because we are seriously considering to use this experience and implement translocation in our country.”

Currently, only 7 singing males of aquatic warbler were noticed in Žuvintas. The population of this size is too small to recover naturally. Despite that, there are plenty of restored good quality habitats in Žuvintas biosphere reserve that are maintained constantly. Translocated juveniles in a certain age remembers the place as their home and returns there in the next season.

After the visit in Žuvintas biosphere reserve Scientific Advisory Board signed the resolution about success of translocation (PDF).

Prof. Dr. Franz Bairlein, the director of one of the leading bird research institutions in Europe – Institute of Avian Research in Germany – signed the endorsement of the Aquatic Warbler translocation program (PDF).

All details are described in the Aquatic warbler translocation programme. 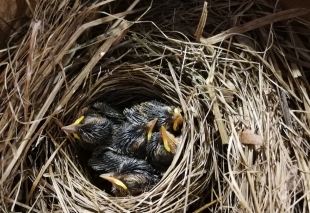 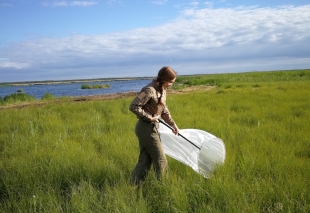 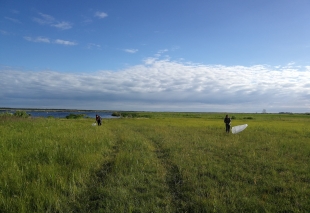 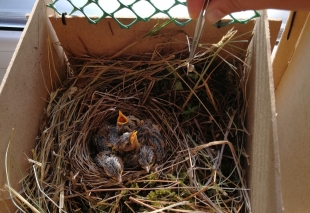 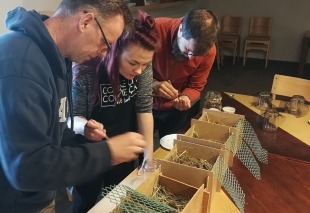 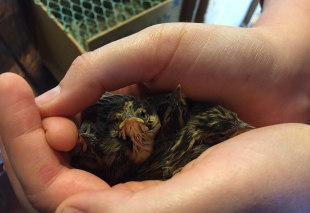 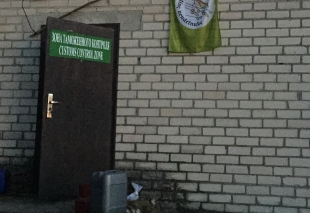 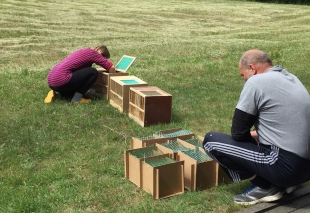 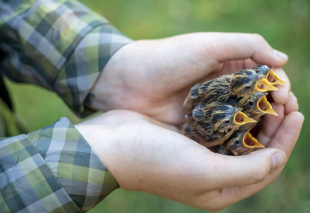